There was a time when Republicans wrapped them­selves in the American flag and pre­tend­ed that they were the guardians of American Democracy.
For decades dur­ing my life­time, Republican Presidents who nev­er was s**t, except wag­ing war on small­er nations unable to defend them­selves, fed the American peo­ple a bunch of hog­wash that they and they alone are American patriots.
Their vot­ers gob­bled up the balder­dash and the peo­ple who sup­port­ed the oth­er par­ty by default, became Un-American com­mu­nists, social­ists, lib­er­als, pro­gres­sives. The labels degrad­ed from Communists dur­ing the old days to where we are today, in a place where Democrats can actu­al­ly refer to them­selves as progressives.

The dis­grace­ful Cuban imposter who believes he is a Caucasian Raphael Cruz.

Here are the United States Senators who betrayed their oaths and object­ed to Joe Biden’s win To facil­i­tate Donald Trump’s cor­nu­copia of lies. (ap)

Senator Bernie Sanders of Vermont ran for the pres­i­den­cy twice, as a Democratic Socialist. As late as the six­ties„ Senator Sanders would have been jailed for dar­ing to refer to him­self as a socialist.
Today the Republican Party is a right-wing, Fascist, par­ty that endors­es sedi­tion against the United States to main­tain power.
What the Republican Party lined up and allowed Donald Trump to do on January 6th, was a clear and unequiv­o­cal attempt to over­throw the American Government’s legit­i­mate process, to ille­git­i­mate­ly install Donald Trump as a Dictator in con­tra­ven­tion of every­thing America stands for.
How there be no legal con­se­quence for these trai­tors all from the Republican Party? 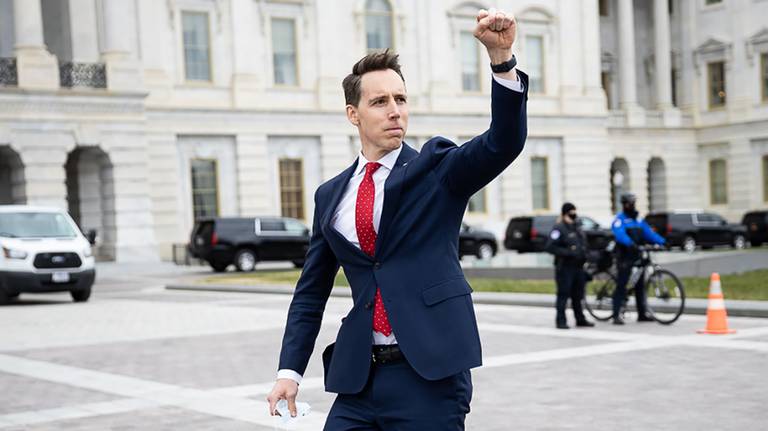 This is Josh Hawley, US Senator from Missouri, who was the first to object to Biden’s win.

Here are all 67 Republicans who voted to overturn the election results:

This site uses Akismet to reduce spam. Learn how your comment data is processed.